15 Best Russian Films of All Times

Let’s Talk About You

Tell what you can do for your visitor and how your service can help.

15 Best Russian Movies of All Times 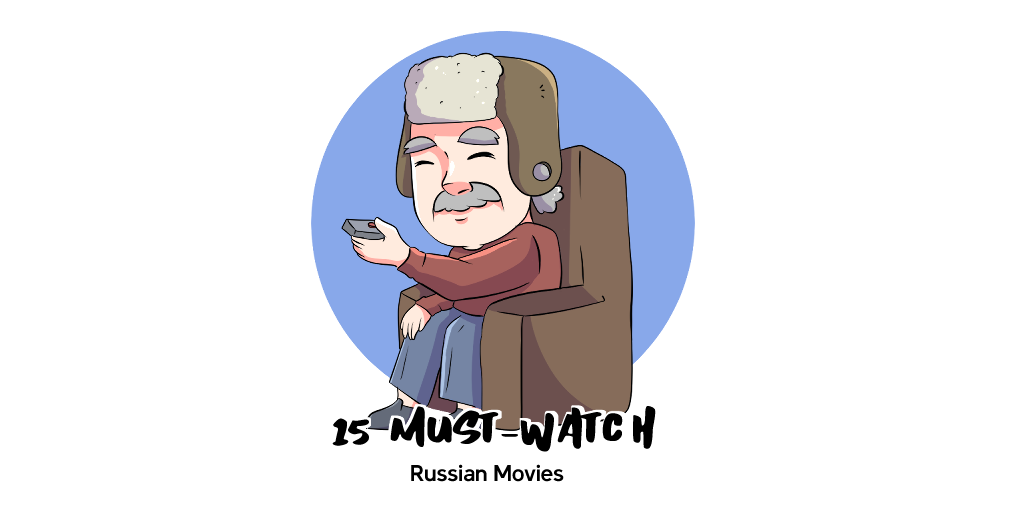 Watching movies is, so far, one of the best (and the most exciting) ways to learn a language. Films help us hone our listening skills and pump up real-life vocabulary while experiencing a thrilling immersion into a new culture.

The Russian cinema has always been among the frontrunners of the cinematography world, and it definitely has many captivating stories to tell. It was born in the Russian empire, evolved through the Soviet era to the present day, and remained—despite ideological interference—an honest reflection of Russian life with all its turmoil, pains, laughs, and difficult questions. We have picked some truly genius Russian movies to help you get a real feel for the Russian soul and boost your Russian fluency.

We begin our list with the most-watched Russian film ever. From its release in 1975, it has become a tradition for the whole nation to watch it on New Year’s Eve, year after year. This classic Soviet rom-com by Eldar Ryazanov tells us about a young man Zhenya who, after a binging in a public bathhouse on New Year’s Eve, mistakenly gets on a plane and flies to Leningrad instead of his friend. Thinking that he is still in Moscow, he takes a taxi, tells his home address, and by the irony of fate or due to standard soviet architecture with its typical streets, houses, and even door locks in different cities, he unlocks the door and falls asleep in a stranger’s home... And then the love story begins.

This emotional war drama by Mikhail Kalatozov tells us the tragic story of two lovers, Boris and Margarita, whose happy young life was ruined by the German invasion. Boris goes to the war and soon dies saving another soldier’s life. The film portrays the devastation WWII brought to the lives of simple people through the personal tragedy of Margarita who, being unaware of her loss, kept faithfully waiting for her fiance and struggled through the pains of war. Talented acting, poetic editing, and a moving final scene brought the film overseas recognition and Palme d’Or at the Cannes Film Festival in 1958.

If you love science fiction, this brilliant philosophical film by Andrei Tarkovsky based on the novel Roadside Picnic by Strugatsky Brothers is a must-see. The action takes place in the Zone, a post-apocalyptic industrial terrain controlled by the military. The Stalker guides people to the Zone for money, but he has a deep supernatural connection with this mysterious area himself. This time, he must lead Professor and Writer to the Room—the place where visitors’ secret desires come true. What they will learn about each other and themselves during this expedition is probably the answer to the failure of this world. Did Tarkovsky foresee the Chernobyl tragedy? Maybe.

If you were looking for a movie that would help you better understand Russian people, look no further than this genial Oscar-winning romantic drama by Vladimir Menshov. It is about how Russian people dream, fall in love and deal with disillusions. An ambitious provincial girl Katerina comes to Moscow trying to make her way in the huge city. Having conspired with her friend Lyuda, she pretends to be the daughter of a famous professor to attract successful young men. When deceit was revealed, her boyfriend Rodion, an up-and-coming cameraman, breaks up with her and leaves her pregnant. Only twenty years later, she is given a chance to find her true love.

This brilliant comedy by Leonid Gaidai is a perfect choice if you want a fun and easy movie to start learning Russian. Being a mix of dialogue and physical comedy, Operation Y is a great source of hilarious catchphrases Russians know by heart and some coarse humour. The movie consists of three parts (“Workmate”, “Déjà vu”, and “Operation Y”) each featuring a naive student Shurik that always gets into weird situations.

Leviathan by Andrey Zvyagintsev is the most high-profile and acclaimed Russian film of the last decade not only because of its provocative theme (political corruption) but also because Zvyagintsev managed to feel the nerve of Russian society. A fisherman Kolya struggles to protect his land when a corrupt local mayor decides to expropriate it. Leviathan tells us about the eternal conflict between the power of the state and “a small man”, helpless and insecure, with his hopes and shortcomings. This film is an attempt to reconsider corruption through a Biblical symbol of an enormous and strong monster.

The crime drama Brother by Aleksei Balabanov tells us about the dark and poor post-Soviet 1990s when criminal groups controlled the Russian economy. Danila Bagrov (Sergei Bodrov, Jr.) returns home from the Russian military service. Looking for a job, he goes to St.Petersburg to find his successful older brother. He appears to be a gangster and hires Danila as an assassin. Killing for money, Danila finds himself embroiled in deep soul-searching, romantic adventures, and… passion for music.

The sequel Brother 2 portrays the evolution of Danila’s ideas of what is good and what is evil. This time, to heads to the United States to hunt an American businessman who might be involved in the murder of Danila’s close friend Kostya and who now blackmails Kostya’s twin brother, an immigrant hockey player. Danila’s naive illusion of the US being a perfect place crashes as he discovers identical corruption, crime, racial tensions, and poor peoples’ sufferings that make a normal life here as hard as it is in his home country. The film Brother 2 is significant for Russian cinema and culture for its attempt to answer what it takes to be a Russian.

The romantic drama by Nikita Mikhalkov tells us about the late 19th century when Jane Callahan assists a risky American entrepreneur Douglas McCracken in his Russian trip and efforts to sell his invention, the stem-driven machine designed to harvest timber (hence the name “Barber of the Siberia”). In Russia, she meets two men that become rivals for her heart: a handsome cadet Andrey Tolstoy and a powerful general Radlov. The first is whom he loves and shares her passion for opera, and the second is whom she expects to use in her business. It is a beautiful and tragic story of love and rivalry perfectly amplified with breath-taking scenery of Siberia and music of Mozart and Chopin.

Another masterpiece by Andrei Zvyagintsev, The Return is a social drama about a father who returns to his two sons after twelve years of absence and tries to build trust from scratch and teach them some life lessons. He takes them on a trip to an isolated island where all three of them face their weaknesses, imperfections, and driving desires. Two boys return from this island to totally different people. This film depicts life so honestly that everyone sees a reflection of their own experience in it. This plausibility, as well as talented cinematography, brought the film numerous awards including The Golden Lion at Venice.

Another tragic drama by Nikita Mikhalkov tells about insecure and turbulent times of the Great Purge that took the lives of many soviet “disagreeable” people back in the 1930s. Burnt by the Sun is valuable for uncensored examination of the Stalinist era through the eyes of Colonel Kotov, a revolution hero. His idyllic family life ruins as a man called Mitya unexpectedly arrives at their family country house. It was Kotov who once enrolled Mitya into the secret police in the 1920s, sent him abroad, and then stole his fiance, Marusya… Mitya didn’t forget anything, and the reason why he came is to arrest Kotov. The film was awarded the Grand Prix at the Cannes Film Festival (1994) and the Oscar for Best Foreign Language Film (1995).

The Island by Pavel Lungin provides a glimpse into the Russian orthodox monastery tradition while dealing with topics such as sin and atonement. A devout man Anatoly lives on a cold northern island and serves in the monastery boiler room baffling his fellow monks with his bizarre behaviour. At the same time, people from all over the region rush to the island to seek Anatoly’s help while he still struggles to reconsider his dark past. The film is worth watching for its exquisite take on forgiveness and humility as well as for its beautiful photography and talented acting.

Nikita Mikhalkov’s remake of Twelve Angry Men by Sidney Lumet (1957) is truly worthy of an Academy Award nomination for Best Foreign Language Film and Special Lion at the 64th Venice International Film Festival. A jury consisting of 12 men must decide whether a Chechen boy is guilty of killing his stepfather. At first glance, the guilt is obvious, but one of the twelve jurors votes for acquittal. The jury begins to review the case to achieve a unanimous verdict, but more new details come into play…

If you love criminal comedies or want to learn some Russian slang, this black comedy by Aleksei Balabanov will make your evening. The film is a true Molotov cocktail of wild humour, eccentrical characters, and, of course, a good scuffle. After Brother and Brother 2, Жмурки is Balabanov’s attempt to reconsider the dark 1990s in a comic way. While working for a big criminal Sergei Mikhailovich, two muddle-headed gangsters Seryoga and Simon fail a mission.  To even the score, they now have to bring their boss a suitcase of heroin, but... the happy end is a rare thing in the Russian 1990s.

This moving and intimate film by Andrei Konchalovsky tells us what life in a small Siberian village looks like. This place is cut off from civilization, with the mail being the only means of connection with the outer world. This silent film shows us the everyday life of the postman Aleksei who holds up this connection. His quiet existence portrayed by Konchalovsky is so distant from our hectic lives that it sometimes seems surreal or magic. This film is truly a window to the real Russia, which is far different from what you see in Moscow or St. Petersburg.

The list of the best Russian movies hardly ends here. We only highlighted the most significant films that are now considered classics. We hope that your journey through the Russian cinema won’t stop here, and you’ll soon grow your own list of top Russian movies. By the way, what’s your favourite one? 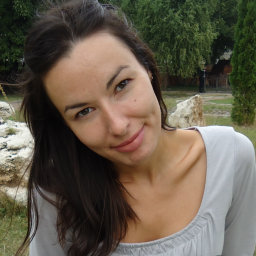 Anna Yarmoshchuk is a professional wordsmith with a passion for learning languages and traveling the world. Born in USSR with Russian as her first language, she is using her MA in Journalism to craft content that introduces Russian culture to the world. In her free time, Anna can be found chased by her 3 little explorers who keep her in a perfect problem-solving and story-telling shape.

GET THESE FOR FREE 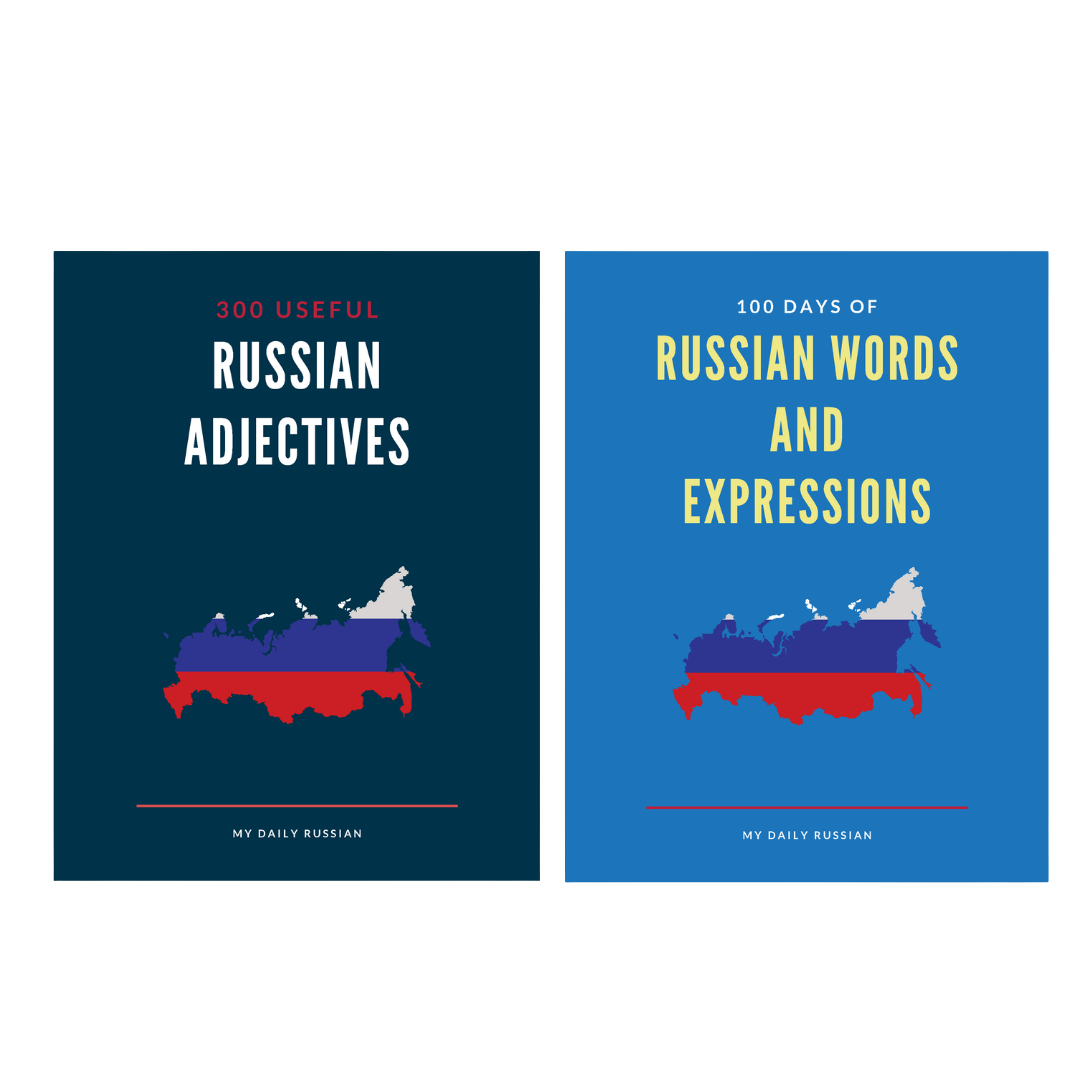